En Plein Air painting has made a comeback. The Impressionists were really into painting on location but although there have been plein air painters since  paint was put into tubes, the styles of painting that developed mid 20th century led many back to studio painting. Summer is short and it is  great  to be out painting while enjoying the fresh warm air.

When I first started painting, I did try painting a view while looking at the view. I think they were successful paintings but not my style. Later on I found out what it was that was unsatisfactory about plein air painting for me.

It was no trouble getting the equipment in place or working outside.    Our mentor verbalized the problem saying it was that the freedom of painting, was diminished. This explained it: I felt compelled to paint what I saw. This would include the colours and placing more emphasis on detail.   Maybe it over-stimulated my left brain? But I still wanted to work outdoors.

I do know one woman who can look at a view and come up with something else entirely in terms of colours.

My solution--I decided that I would take my stuff down to the meadow and just work on what was on the easel at the moment. A very large canvas might be trouble, catching the wind and blowing over.

The Group of Seven painted on easy-to-travel 12x16" panels while on location. They used oil paints so work was then transported while still wet. Tricky. These are know as sketches that were then used to compose their large paintings.  Incidentally, I just spoke to a woman whose family had bought one of these small paintings from AJ Casson before he died. They sold it for a ton of cash more recently!

This weekend, I was working on 2 long narrow canvases of Rocky Mountain ranges. The meadow was calm, I took a position in the shade, and had a very fine day keeping company with the buzzing bees and busy butterflies.

Here's the progress I made. Not done but definitely coming along nicely. You can see that I have set up my paints and water on the back of the 4 seat golf cart. Works for me! 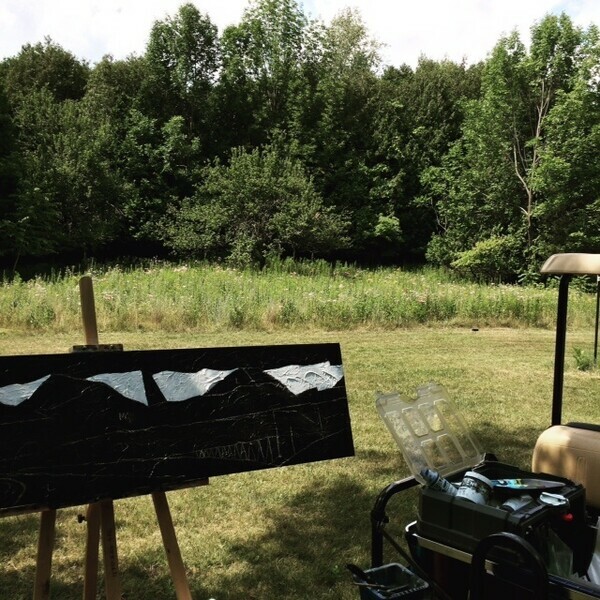 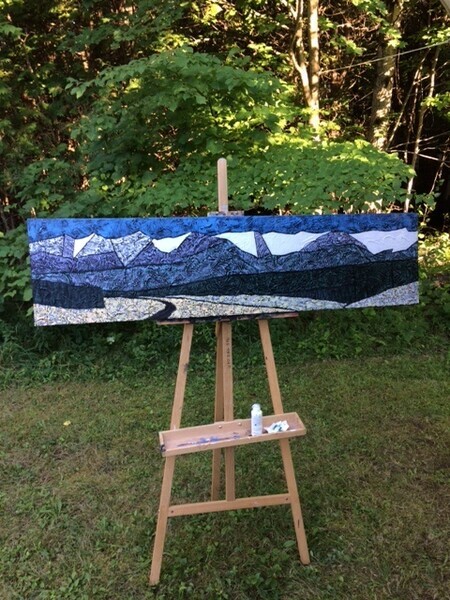 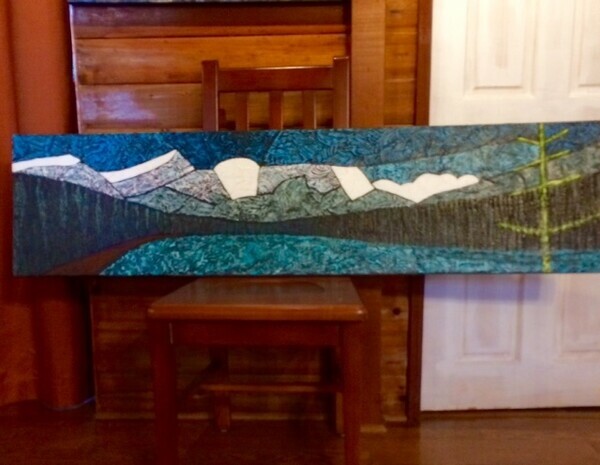