Two weeks ago the Ontario Society of Artists (OSA) put out a call for entry to a 150th anniversary exhibition to be held in Orillia at the Orillia Museum of Art and History. Members are to create a painting with a relationship to a work by another member of the OSA. The exhibition it titled "Conversations: The OSA 150 Years”.

Some suggested options were to contemporize, re-invent, abstract, or transform a previous member’s artwork to a different medium. The choice was easy for me. I would abstract—and by extension contemporize a work.

But which OSA artist would I choose?

I looked through the member roster of the OSA including the deceased list and found an interesting name “Thomas Mower Martin.” His name was familiar to me. Why? Who was he? 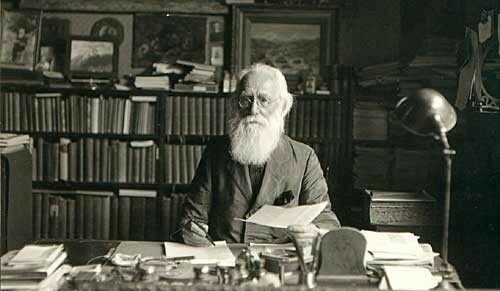 Looking into his history, I found that Martin (1838-1934), born in England, wasn’t interested in the military career in India that his family had planned for him. After working for a short time hanging paintings in the Royal Academy of Art in London, he knew he wanted to paint and while working as a poorly paid draftsman, he began a study of watercolour. At the age of 24 and at a time when settlers were being enticed by free land, Mower Martin and his young wife Emma packed in British life and emigrated to Canada.

Alas farm life, on poor land in the rocky north of Muskoka, did not suit him, or more specifically his wife. They left and settled on a smaller farm near Toronto. There he carved out a good career for himself as a portrait, landscape and still life artist and was able to move to an eleven room home in Rosedale.

Martin longed to see and paint the breadth of Canada. The first of his ten summertime trips across Canada was in 1887, sponsored by CP Railway. Marmaduke Mathews (OSA) and F.M. Bell-Smith (OSA) went with him. (Both of these men served as president of the OSA.)

Here comes the 3rd degree of separation to me:

In 1910, Martin was 72 years young when my grandparents were being married in Rosthern Saskatchewan. The story goes that my grandparents took a trip east, no doubt visiting with members of the Swedenborgian church to which they belonged along the way. In Toronto, they received an original painting as a wedding gift from Mower Martin himself. Like our family, he was a member of the Swedenborgian church, a small denomination. 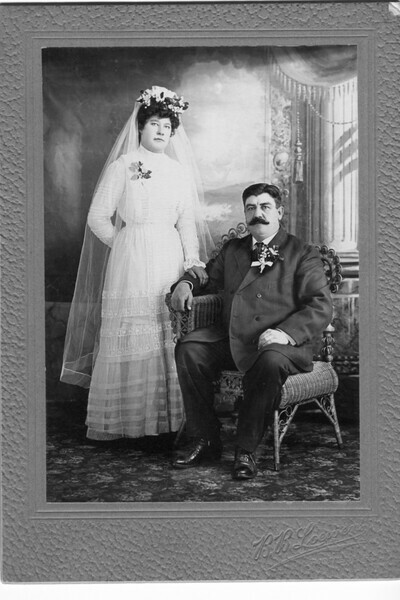 About five years ago, I shipped this painting to my brother. It had been left to him by our Uncle.  The designation of “RCA”, for Royal Canadian Academy, beside the artist’s signature on the work was clear. 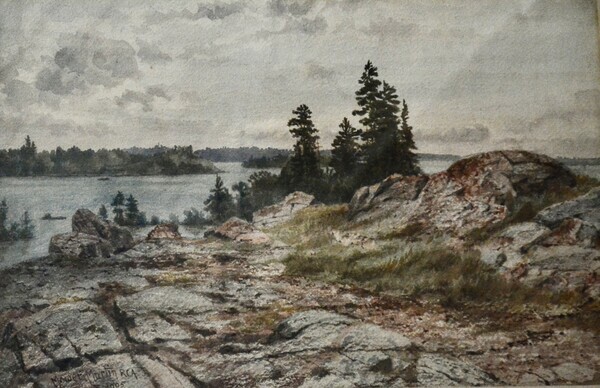 In 2018, 108 years after my grandparents were gifted the painting, I was elected to membership in the Ontario Society of Artists. It is interesting to note that Martin and I are, to my knowledge, the only members of our church who have also been elected to the OSA.

T. Mower Martin’s drawing “Mount Sir Donald Taken from Mount Abbott” is held in the National Gallery of Canada. You can view the collection on the web. The work shows a powerful peak, popular with climbers due to the extreme verticals.  Mount Sir Donald is located in Glacier National Park near Roger’s Pass and is listed as one of the "50 Classic North American Climbs".

I have chosen to paint “Mount Sir Donald Taken from Mount Abbott, after T. Mower Martin” abstracting and simplifying the original drawing in my own personal way with stands of triangular spruces, single stick trees and a surprise of juicy colour.

Here’s the first step in my process: a  value sketch. 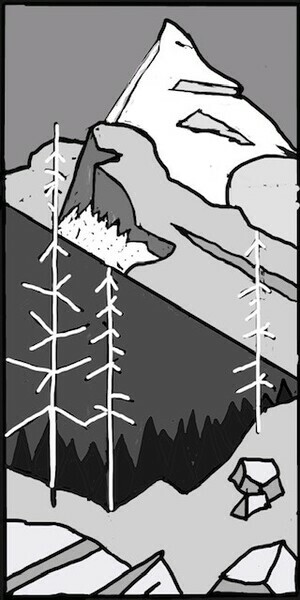 Now I'll get to work!

You've just read a blog post. You can also subscribe to my newsletter below which will link to the blog.